My 7th Cleveland GiveCamp - Free Tech Solutions for Nonprofits in 2016 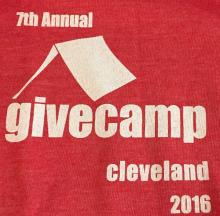 Cleveland continues to have many creative people volunteering (over 225 registered for 2016). It is believed that Cleveland has the largest GiveCamp (@GiveCamp) in the nation. It is exciting that again this year there were so many volunteers that the tech volunteer tickets sold out, and a waiting list had to be started. (Note: For future reference, tech volunteers should still sign up to be on the waiting list, since additional opportunities to help do arise as the weekend approaches. In 2016, I heard that many on the waiting list were called into action! Also, it is understood that some people need to cancel, but know that you are needed! If you can't attend GiveCamp, please release your ticket so others can fill your space to help a local charity.)

CodeSmiths - Proud of My Sons' Involvement

Mike Smith is now an "old-timer" at Cleveland GiveCamp. He volunteered the first year (2010), working on his first WordPress website, and has only missed Cleveland GiveCamp once in all these years. (See @WEWS's Volunteers help local groups with websites 2010 video [at 0:48], which was shared for "Throwback Thusday" on Twitter here.) This year, Mike contributed to building a WordPress website for Loyola Retreat House, Inc. 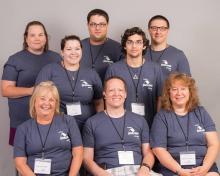 This was Kevin Smith's fourth year working on the Cleveland GiveCamp social media team. In addition to contributing to the @CleGiveCamp Twitter feed and posting to Facebook.com/CLEGiveCamp, he was responsible for creating the official Cleveland GiveCamp YouTube video for the third consecutive year.

Once other teams building websites learned that Kevin had video editing experience, the Loyola Retreat House, Inc. and EYEJ: Empowering Youth, Exploring Justice (@eyejcleveland) teams had him edit videos to be used for their new websites. Here is the Loyola Retreat House video which will act as an online tour of the retreat house.

You can learn more about Kevin through his blog: Kevin's Journal | Poetry From The Heart 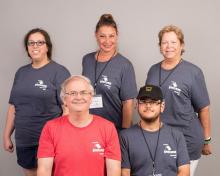 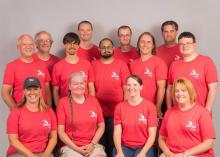 My Cleveland GiveCamp Photos and Videos

Here are my photos and videos from Cleveland GiveCamp weekend. In the list below of other bloggers who wrote about the weekend, you will note that I contributed my photos for others to use.

Here is the list of the 19 Cleveland GiveCamp Nonprofit Partners for 2016 (one nonprofit lost the opportunity since their representative could not attend the weekend). All received a new or updated website, except for Neighborhood Housing Services of Greater Cleveland, which had a security team audit, and The Nightlight Cinema, which received a special data management dashboard. 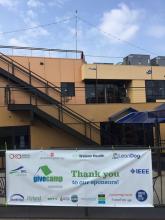 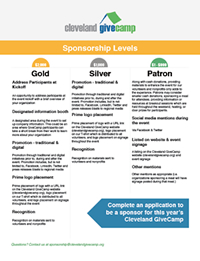 Our 2016 sponsor packet is available. Please email us at: info@clevelandgivecamp.org

Cleveland GiveCamp could not happen without the generosity of our sponsors. Their financial and in-kind support helps us continue the important work we do each year. A typical project created during GiveCamp weekend would cost a nonprofit $5,000-$10,000. By doing them for free, we allow them to allocate their financial resources to directly fulfill their mission.

Sponsors help ensure that nonprofits continue to benefit from this valuable work, with no cost to participate. With your support, we also give volunteers tools to do the work (everything from printing supplies to hosting) and fuel them with food and caffeine throughout the weekend.

Thank you to our Cleveland GiveCamp Sponsors.

The Cleveland Section of the Institute of Electrical and Electronics Engineers (IEEE) is Cleveland GiveCamp’s fiscal sponsor. The IEEE is a tax-exempt organization, under IRS section 501(c)(3), and is eligible to receive charitable contributions that are deductible for U.S. income tax purposes.

If you would like to make donation to the Cleveland GiveCamp, please use the PayPal button below. Payments are made through the Institute of Electronics Engineers (IEEE), our fiscal sponsor.

Be sure to see the photos I share in my slideshow and on Twitter to see what it was like for the teams working in the Arras Keathley Agency and LeanDog offices, which are located on a boat! In addition, Burke Lakefront Airport is filled with interesting technology and historical displays from the International Women's Air & Space Museum (@WomenintheAir).

Cleveland GiveCamp co-founder Andy Craze passed away on Sunday, July 24, 2016, one week before everyone came together to help local nonprofits at Cleveland GiveCamp. The weekend was a fitting tribute to what he started in our city, and which will continue on into the future. 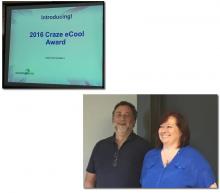 At the Cleveland GiveCamp closing ceremony, Andy's partner, Jane Winik, along with Bob Coppedge of Simplex-IT (@Simplex_IT), surprised all the attendees by announcing the creation of the annual “Craze eCool Award” with the goal of supporting a local nonprofit with a cash donation in memory of Andy Craze.

For this first year, a cash donation was given to both EYEJ: Empowering Youth, Exploring Justice (@eyejCleveland) and the Northeast Ohio Voter Advocates. Read all the details in the Simplex-IT blog post: Simplex-IT helps start new award to remember Andy Craze 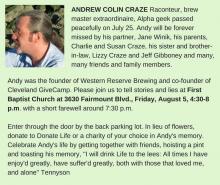 Attending the August 5, 2016, Andy Craze memorial, I learned more about Andy's life. It was an honor to know him.

Here are my @sos_jr tweets and retweets sharing the experience which was Cleveland GiveCamp 2016. Please share any photos and videos that you find interesting by retweeting. Clicking on Twitter photos will enlarge them! Note that I organized them into five sections.

Here are some of the technical resources, and resources for nonprofits, that were shared over the weekend:

If you are interested in GiveCamp (@GiveCamp) in other cities around our nation, please check out the Twitter list that I developed for @CleGiveCamp. Not all these groups are active, so check their Twitter feeds and websites to see if they are meeting. Many other GiveCamps occur in the fall.

Here are some of the articles and blog posts about Cleveland GiveCamp 2016. I always like to include what others have shared about events I attend. If you know of additional blogs/articles, please feel free to add a comment below or mention it to me at my @sos_jr Twitter account.

My Past Cleveland GiveCamp Blog Posts

Photos, nonprofits served, resources, and more. You can read about some of the past Cleveland GiveCamps here:

2017 will be the eighth year that Cleveland GiveCamp volunteers will provide free tech solutions to local charities. Please tell everyone you know about this opportunity for nonprofits. We want to let nonprofits that don't know about this resource learn how to apply to be served in future years.  Thank you.