On Friday, April 6, 2018, and Saturday, April 7, 2018, I attended four events for which I wanted to thank the organizers and sponsors in a blog post. Here are links to three of the blog posts, in addition to the one below: 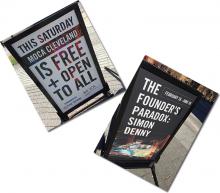 On April, 7, 2018, despite a very busy morning at the Rails-to-Trails Conservancy 2018 Opening Day for Trails - Cleveland, I was still very interested in seeing the current exhibition at the Museum of Contemporary Art Cleveland (@MOCACleveland) in the afternoon.

Thanks to the sponsorship of PNC Bank (@PNCBank), the museum offers free admission for all visitors on the first Saturday of every month. 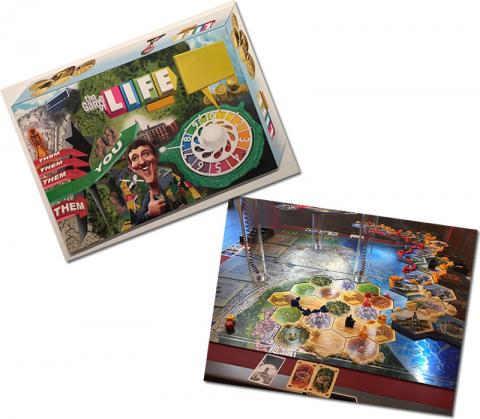 I was fortunate to meet a Case Western Reserve University Weatherhead School of Management (@caseweatherhead - @CWRU) student who had worked on one of the student games shown in the Simon Denny: The Founder's Paradox exhibition. He gave me insight into the three student games.

Here is some of the information from the Museum's official press release:

Curated by Jill Snyder, Executive Director, with A. Will Brown, Assistant Curator

MOCA Cleveland presents a new body of work by Simon Denny (1982, Auckland, New Zealand) that includes sculptures, paintings, and  prints that explore emergent business philosophies from the technology sector through the visual language of board games.

Reflecting on the popularity of board games, and resonant with game theory’s influence on the technology sector, these works remap board games with narratives from radical and influential texts like Peter Thiel’s Zero to Oneand the libertarian book The Sovereign Individual. For example, Settlers of Catan, the favorite board game of tech entrepreneur and founder of LinkedIn Reid Hoffman is re-imagined as a story of expansion where players “settle, trade, and build” from a decaying earth to New Zealand, then out to international waters to found an ocean nation, and finally into outerspace.

Simon Denny: The Founder’s Paradox presents newly prominent mythologies about the entrepreneurial “founder” and the role of the nation state in a libertarian future that collides with fantasy imagery, expansionist ambition, and political ideology. These narratives are present within innovations like Bitcoin and emergent platform monopolies enabled by the effects of big data and Web 2.0.

This project also includes collaborative works that explore the intersection of technology and management through a seminar and workshop led by Denny and Youngjin Yoo, Professor at the Weatherhead School of Management, Case Western Reserve University, with Patrick Barrett, Adjunct Professor at The Cleveland Institute of Art. With MBA students and Design students Denny will produce designs for board games that investigate the impact technologies might have on industries —transportation, healthcare and housing as they meet Augmented Reality, blockchain and big data.

Simon Denny (1982, Auckland, NZ) is a Berlin based artist who explores the aesthetics, rhetoric and cultural impact of technology and technologists, both in the public and the private sector. His works take shape in a range of forms that often mimic the visual language and devices that appear at various technology industry trade shows and launch events. Denny is a research based artist whose work offers critical and celebratory insights into the content and structure of the technology industry, governmental information agencies, and individual cult figures in the field. Recent projects include exhibitions, objects, and installations that investigate the emergent cryptocurrency Bitcoin and the blockchain technology that makes it possible; the Berlin based SoundCloud startup; and a series of graphics—including cartoons, maps, and charts—made by a senior designer at the National Security Agency (NSA), which were part of the information leaked by Edward Snowden.  Denny has been based in Berlin since 2009 following his studies at the Städelschule, Frankfurt. Recent solo exhibitions of his work include Business Insider, WIELS Contemporary Art Centre, Brussels (2016); Products for Organizing, Serpentine Sackler Gallery, London (2015); The Innovator’s Dilemma, MoMA PS1, New York (2015); New Management, Portikus, Frankfurt (2014); All You Need Is Data, Kunstverein Munich, Munich (2013); and Full Participation, Aspen Art Museum, Aspen (2012). In 2015 he represented New Zealand in the 56th Venice Biennale.

All MOCA Cleveland exhibitions are supported in part by the residents of Cuyahoga County through a public grant from Cuyahoga Arts & Culture, the Cleveland Foundation, the George Gund Foundation, and the continuing support of the Museum’s Board of Directors, patrons, and members. 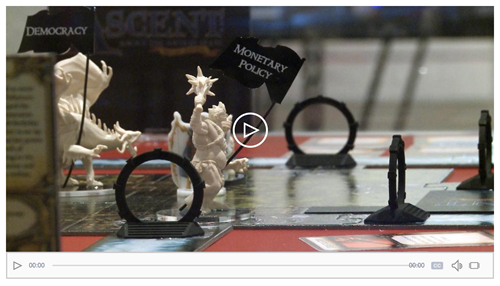 I hope you enjoy the scrolling through the photos of the artwork in my @sos_jr tweets and retweets from MOCA Cleveland Free First Saturday. Please share them with others by retweeting them:

We can't wait for Free First Saturday this weekend at MOCA when the museum is free + open to all thanks to @PNCBank! Come check out new exhibitions like Simon Denny: The Founder's Paradox pic.twitter.com/3Lye2mLpjt

Tomorrow is he first Saturday of the month and that means FREE entry to @MOCACleveland!!

Yeah you should probably come check it out. #UptownCLE #UniversityCircle

I was lucky to meet a @CaseWeatherhead student who worked on one of the projects. He will graduate soon with his MBA. pic.twitter.com/tYIsf6EdqF

We had a blast at Free First Saturday today! Thanks to everyone who came and thanks to @PNCBank for their support in making this event possible pic.twitter.com/chOEzBZdEF

I was lucky to meet one on the @CWRU’s @CaseWeatherhead students during my visit whose design was featured in @WCPN excellent Founder's Paradox videohttps://t.co/rPYWsZ2HSz pic.twitter.com/9RtIXvvJBr

Please see my other blog posts about the Museum of Contemporary Art Cleveland, and also what I have written about other museums in the University Circle area.