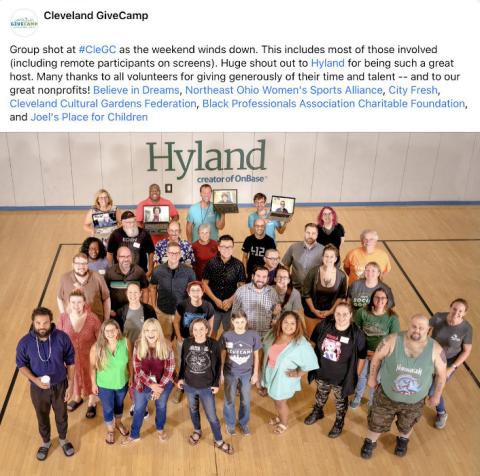 After missing 2020 and going virtual in 2021 due to COVID-19 safety considerations, at the start of 2022, the Cleveland GiveCamp Steering Committee was open to new possibilities as to what form the free tech solutions would be provided to local nonprofits.

Cleveland GiveCamp 2022 stayed with the weekend format of nonprofit teams and standup progress meetings, but new this year was:

While the most important activity happens over Cleveland GiveCamp Weekend, when the tech solutions are actually developed for the Nonprofit Partners, Cleveland GiveCamp is a year-round organization plannings and preparing for the weekend of service. 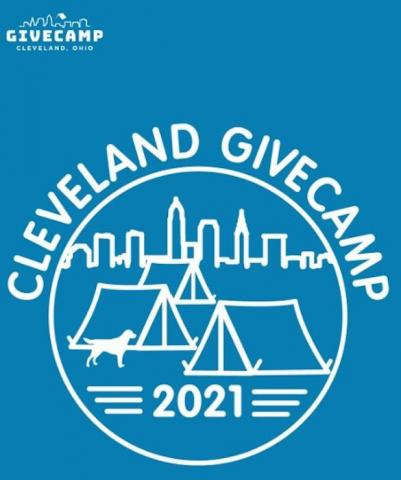 Two decisions were made early on to ensure a safe event in this time of a once-in-a-century pandemic: 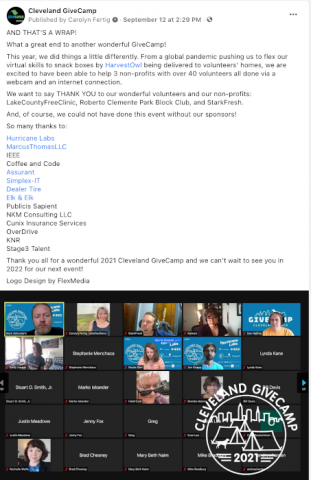 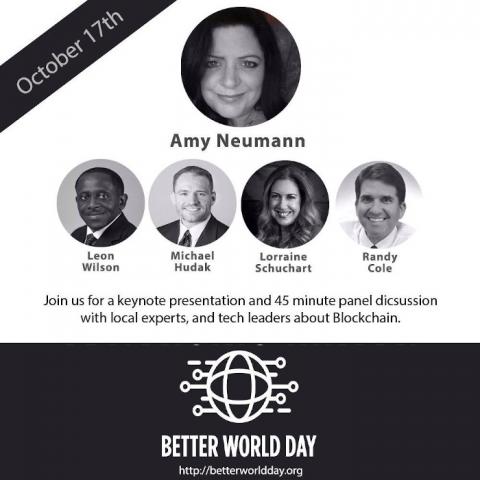 Better World Day is brought to you by Leading Hands Through Technology and Workmen's Circle Educational Center of Ohio. The conference focuses on technology to arm non-profits with the knowledge to continue their fight for a better world.

Blockchain for a Better World
(How Non-Profits Can Successfully Apply Blockchain)
At our third annual event, we're excited to bring together researchers, technology experts, non-profit leaders and fund-raising professionals to develop innovative solutions that combine technology and compassion to improve our world.

I am grateful that Marc Majers knew of my interest in technology solutions for nonprofits, and thus invited me to this year's Better World Day educational event. This panel discussion and keynote address on how nonprofits can use blockchain technologies took place on October 17, 2019, at the Cuyahoga County Public Library Parma Branch.

On November 11, 2018, I had written a blog post entitled Cleveland Foundation #CtrlAltCLE Convenes: Tech & Digital Equity/Blockchain for Social Good which featured an excellent introduction to blockchain by Cleveland Foundation's Chief of Digital Innovation & Chief Information Officer Leon Wilson. I was excited to learn more from Leon Wilson and the other members of the panel, as well as the keynote presenter.

The purpose of this blog post is to capture some of what I learned, and share it with others. 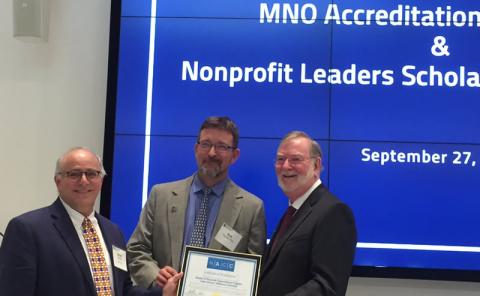 As a graduate of the MNO program at Case Western Reserve University, I was invited to a special celebration on Friday, September 27, 2019. I was very impressed with the evening's activities. The celebration focused on two areas:

I look forward to learning more about the activities of the Master of Nonprofit Organizations (MNO) program as future leaders of the nonprofit sector are developed. 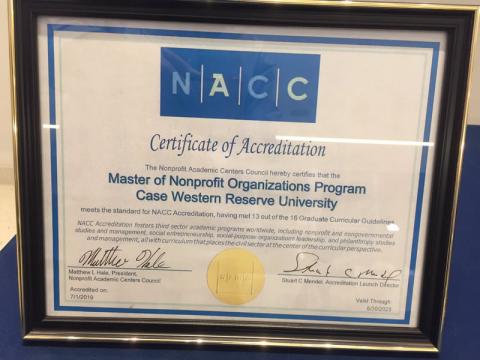 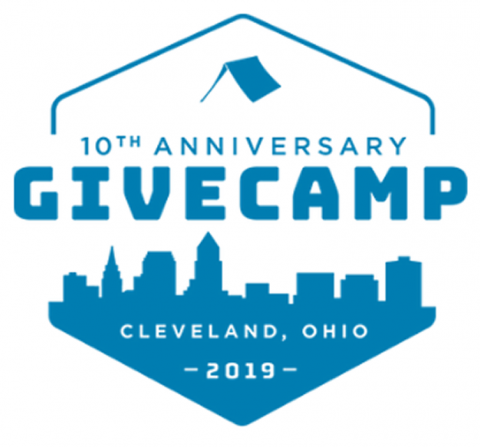 On July 19-21, 2019, Cleveland GiveCamp marked the tenth year of its tech volunteers serving nonprofits in the Cleveland and Akron areas. We (Stuart O. Smith, Jr., and Kevin F. Smith) want to share with you tweets, videos, photos, and information about Cleveland GiveCamp 2019.

10 years! It is hard to believe that it has been ten years! It has been exciting to see Cleveland GiveCamp grow over the years and help so many nonprofits with free websites and other tech solutions.

Stuart did not have time to write this blog post at the end of July, since he was preparing for a backpacking trip and writing blog posts about FRONT International, but we still wanted to share our experiences at Cleveland GiveCamp 2018.

On July 20-22, 2018, Cleveland GiveCamp Weekend marked the ninth year of serving nonprofits in the Cleveland and Akron areas. The Smiths (Stuart, Kevin, and Mike) want to share with you the following tweets, photos, and information about Cleveland GiveCamp 2018. 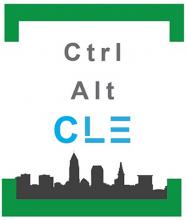 I recently learned that the Cleveland Foundation has launched the new Ctrl + Alt + CLE group. Although I missed the first meeting on September 6, 2018, #CtrlAltCLE Convenes: Tech & Digital Equity, it dealt with a topic that I am very interested in, so I knew I should make it a point to attend future meetings. Fortunately, I was able to attend the second #CtrlAltCLE meeting, and a special #CtrlAltCLE blockchain training for nonprofits/government.

I am also including information about Lynda.com classes that relate to the work of #CtrlAltCLE. The classes are available FREE with your library card! 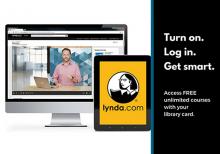 This is just the beginning of the new #CtrlAltCLE program, and I recommend you join with me in learning how Ctrl + Alt + CLE will evolve. 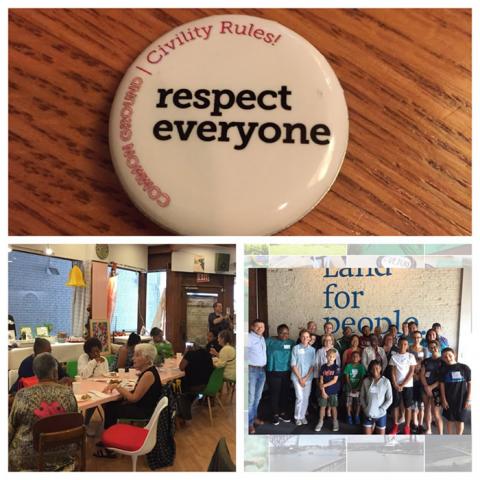 With so many interesting topics, I had a problem. It was great to have the problem of having to choose from so many options. In the end, I was able to take the 13+ sites that had topics that interested me, and decide on four that I would really like to attend. With the very full agendas happening at each location, I ended up only having time to visit two sites: 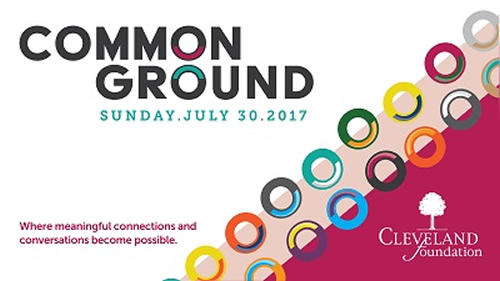 I first learned about the July 30, 2017, Common Ground event from an announcement by Global Cleveland on Twitter. I immediately knew I needed to attend, and share my thoughts about it in my blog.

I also want to thank Cleveland Foundation Senior Marketing & Communications Officer Jennifer Trivelli, who reached out to me via a Twitter direct message on July 7th to confirm that I knew about #CommonGroundCLE -- Greater Cleveland's largest outdoor community conversation and meal. 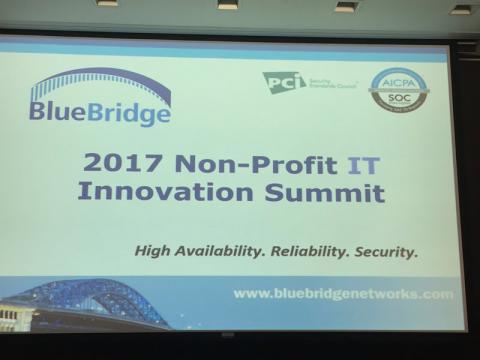 This was the second time I have attended this nonprofit IT summit, having attended in the BlueBridge Networks Non-Profit IT Innovation Summit II on November 5, 2014. I want to thank Kevin Goodman for inviting me again, and let the presenters know how much I appreciate them taking time to share their knowledge.