Migrating sosAssociates.com From Drupal 7 to Drupal 9 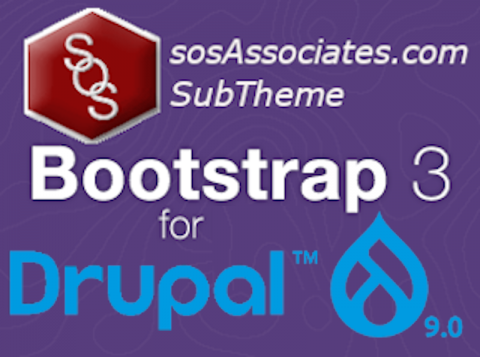 The year is 2020. All my normal activities in Cleveland and my backpacking adventures on the Continental Divide Trail and Appalachian Trail have been canceled due to the coronavirus crisis. My wife and co-blogger, Julie, and I have been writing a series of 2020 Social Distancing Blog Posts about the COVID-19-safe activities in which we are able to partake. These blog posts were added to our sosAssociates.com website, which I built on the Drupal 7 content management system over eight years ago:

At the same time we have been writing blog posts this summer, I have been working behind the scenes on a new sosAssociates.com website. The new website is built on the new Drupal 9, which launched on June 3, 2020.

I am launching my new Drupal 9 website on October 1, 2020, since this is a special date: my eleventh Twitter anniversary.

In December 2011, Jan Dregalla and I were asked to do a presentation on how to use web fonts. This font design meeting was an outgrowth of a talk that two other CDPUG members and I did on January 27, 2011, called "Web Design, HTML and Beyond." At the end of the January 2011 meeting, there were many questions about the lack of control of fonts on websites, so CDPUG Program Director Spike Radway (@SpikeRadway) solicited our assistance to present: Web F​ont Design: You Don't Have To Be Angry Anymore