You Too Social Media Conference

The conference sessions I attended included:

Please look over this list of 17 tech meetings happening in Cleveland this week, and feel free to share with others. You can send others link to this blog or, if on Twitter re-tweet those tweets listed that you find interesting. Thank you for sharing the #HappyInCle experience!

Twenty-nine meetings/events that I track in Cleveland are happening this week. Please share these with others by sending them a link to this blog or, if on Twitter, by re-tweeting those tweets listed that you find interesting. Thank you for sharing the #HappyInCle experience!

Highlights of Jan Dregalia's presentation about web fonts including:

A lot is happening in Cleveland this week! There are thirty tech/social media meetings I track happening this week!

This #CleTweetUp was such a #HappyInCle event that I just had to share the experience on my blog! Members of the #Cleveland Twitterverse became part of GuitarMania by adding their names to a guitar.

Don't think this is a joke on the first day of April 2012. There really are 15 meetings/events that I track this week! Meeting topics this week include: Windows 8, SQL Server, YouTube, WordPress, Drupal, GIMP, Blogger, Python and more!

In December 2011, Jan Dregalla and I were asked to do a presentation on how to use web fonts. This font design meeting was an outgrowth of a talk that two other CDPUG members and I did on January 27, 2011, called "Web Design, HTML and Beyond." At the end of the January 2011 meeting, there were many questions about the lack of control of fonts on websites, so CDPUG Program Director Spike Radway (@SpikeRadway) solicited our assistance to present: Web F​ont Design: You Don't Have To Be Angry Anymore

Don't you love that, in a slow week in Cleveland, there are still 12 meetings to go to? Most of these are free tech meetings (others are low cost), so please check them out!

At the March 17, 2012, WebSigCleveland.org meeting, Richard Schulte, a co-founder of the local tech worker co-op Flywheel Tech Collective, did a presentation on “Javascript/Stylesheet UI Toolkits - Why, Which and How?” He introduced attendees to the more popular and/or useful tools for developing Javascript and Cascading Stylesheets for website design, and Richard did not disappoint his audience.

There are approximately 19 tech, social media, and entrepreneur group meetings that I track taking place in Greater Cleveland this week!

Social Media You Should Be Doing Now

On March 10, 2012, we attended the meeting of the Greater Cleveland PC Users Group (GCPCUG) on “The Most Important Social Media You Should Be Doing Now” with speaker Sage Lewis of SageRock.

Sage gave a dynamic presentation on the uses and purposes of social media. It has been said that people have become isolated by the use of computers and other technology, but Sage put social media in a different perspective by showing how it actually brings people together and fits in with people as “social creatures.”

In addition to my WebSigCleveland.org meeting, there are approximately 20 other tech, social media, and entrepreneur group meetings taking place this week.  If you are on Twitter or Facebook, please share with your followers/friends those meetings you think would be of interest to them. We are very lucky to have so much going on in Cleveland.

This is the second week of my new blog, where I post these weekly meetings.  People interested in Cleveland events who missed my Sunday or Monday night weekly technology/social media/entrepreneur tweets will be able to see them here. I hope you find this useful!

Some of the topics this week: Hadoop,  tedxcle tickets, bloggers, Javascript, startups, Drupal, WordPress, and more...

On March 2, 2012, people came from all over the USA to Cleveland, Ohio, to honor Senator John Glenn on the 50th anniversary of his orbital flight. To help in the celebration, the NASA Glenn Research Center organized a NASA Tweetup. The 75 Tweetup attendees enjoyed a day of NASA tours, and learned to appreciate the NASA program here in Cleveland.

In addition to my volunteer work running the WebSigCleveland.org meetings since 2006, I have been promoting tech meetings, social media events, and some entrepreneur group meetings weekly via Twitter since 2009 at: sos_jr

This week brings the premiere of my new blog, where I plan to post weekly meetings.  People interested in Cleveland events who missed my Sunday or Monday night weekly technology/social media/entrepreneur tweets will be able to see them here. I hope you find this useful! 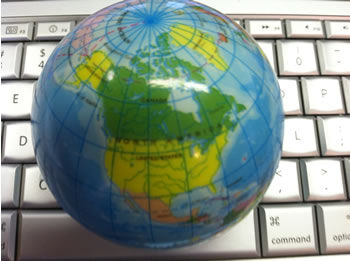 While the sosAssociates.com newly designed website is not totally complete, it is at the point where it is ready for public viewing. I have a plan for adding more features, and dreams to do even more in the future, but for today, let me share with you my short-term vision.